We are proud to make available the releases of our sister label, Two Ton Santa. Write bloomrecs @ gmail.com to check on the availability of any of these titles. 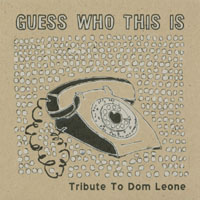 Dom Leone, frontman and songwriter for New Hampshire indie outfit Ed’s Redeeming Qualities, died of a rare form of cancer in November 1989. This tribute album differs from most in that presumably it will sell to an audience largely unaware of the original versions of the songs here performed by an impressive cross-section of American indie stalwarts and appropriately little-known outfits. Spoken word interludes by its subject and the humorous content of much of the material here suggests ERM occupied similar territory to Canada’s Barenaked Ladies, not the insult some may perceive that to be. The Buckets put a country twist on ‘Guess Who This Is’, a light-hearted and likeable opener before an uncharacteristically boisterous Granfaloon Bus tackle ‘Bad Memories’, a song that has featured in their live set, and the usually poker-faced Ida loosen up a little for an affecting take on ‘Coriander Eyes’ (“I wonder if her eyes will water / When she chops the onions I bought her” set to a country lament). San Francisco ‘jug rock’ band 86 provide an early highlight, their take on ‘The Letter’ reminiscent of another of the album’s contributors, Curtis Harvey (ex of Rex) who adds pathos to the whimsically sombre ‘More Bad Times’. Bigger names Mark Kozelek and Calexico take contrasting approaches, the former slipping into familiarly earnest cover mode, backed up by his acoustic guitar on ‘My Friend Bob’, whilst Burns and Convertino enlist Craig Schumacher on ‘backwards guitar and space phones’ to their swirling, beatbox driven ‘Drivin’ On 9’, one of their more adventurous experiments. Also particularly noteworthy are TW Walsh’s breezy reading of ‘Sit Them Old Ladies Down’, sounding like a countrified Pedro The Lion; Wig Wag (the nom de plume of Jon Ekstrom) a home-recorded gem of double-tracked vocals and shimmering guitars; Birddog’s pretty, minimalist ‘Lighthouse’; and the distinctive twin-vocals of SF pranksters Warm Wires on closer ‘Christmas In Vermont’. Thoughtfully compiled and drawing some inspired performances, Guess Who This Is is that rarest of compilations, one that doesn’t have you reaching for the remote.

–Comes With a Smile

Warm Wires began in 1995 when B. Mossman returned to San Francisco from two years in Ireland and England with a sack full of songs to get onto tape. Mossman, who was composer and bass player in Harm Farm (Alias Records) from 1987 to 1992, called upon the local talent of his friends to complete the recording of 15 tracks which became the Severe Comfort CD released in 1997 on Sugar Fix Recordings (Los Angeles) for North America and on Brinkman Records (Holland) for Europe.

On drums, Adam McCauley and lead guitar, Matt Stahl were both in Oakland’s Little My for 10 years. Carrie Bradley, on violin and backup vocals, currently composes, sings lead vocals and plays guitar and violin for San Francisco’s, 100 Watt Smile (Thirsty Ear Records). Carrie was a co-founder of Ed’s Redeeming Qualities, with whom she wrote, sang and played violin and guitar for 10 years. She also accommodates The Breeder’s fiddling needs on tour and in the studio as well. To add spice and charm to the basic tracks , Peter Altenberg, a life long student of Indian Tabla (under master Zakir Hussein) and cello, also contributed Sarangi, Hammond Organ, piano and Flute!

When it was time to assemble the live stage show. Mossman put down the bass for rhythm guitar and lead vocals, so bass duties were filled by Bernie Jungle. Bernie, an accomplished lead guitarist had been playing with The Earl Rays in Cleveland, Ohio for almost a decade before venturing west to San Francisco. Along with vocals, Bernie now composes for Warm Wires as well. 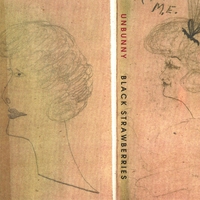 Unbunny Black Strawberries – (“Does your father know the state we’re in / if he dies I will be king / it’s happening so fast I could use a glass of water”) Acoustic guitar-led, pleasantly lo-fi musings from Unbunny, with extremely likeable vocals that hark back to Harvest-era Neil Young and early Bowie as much as they do Jasons Lytle and Molina. Jarid del Deo’s songs slip effortlessly by; his simple strummed chords and choice lyrics making for a most unassuming, yet enjoyable, listen. Similarly unobtrusive, the rhythm section slips in behind him, an occasional guest appearance – Rob Downen’s trumpet, Chris Walla’s (from Death Cab for Cutie) piano – providing tasteful embellishments rather than scene-stealing cameos. (“The policeman with the thinning hair / watching people running red lights / but he doesn’t care / because he’s in a way as the hours pass / drawing shapes in the steam on the cold, cold glass of his windshield”) In ‘Northern Spies’, ‘Swans are Fainting’, ‘In a Way’ and ‘Let It All Burn’, del Deo has penned some of the most engaging songs heard all year, awash with melody and smile-inducing imagery. (“Is this a song or is this a painting? / Swans are fainting / Even with the spotlights on them… should we call the doctor in?”) Brief and beautiful, Black Strawberries oozes charm.

–Comes with a Smile

Guy Capecelatro’s 2006 album was his first recorded for Record Production Month, and includes 28 songs written and recorded in the month of February. The CD comes in hand-made packaging in a numbered series of 128 copies. 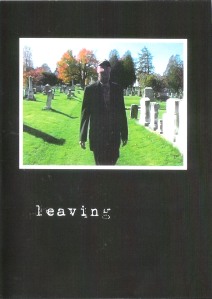 Guy Capecelatro III is as much a storyteller and poet as he is a singer-songwriter. From the opening narrative of Abandoned Christmas Trees, in which he describes a girl named Christina knitting a scarf while riding on a train, the album stews with nostalgia, longing and poetic contemplation. Capecelatro cast his net across the Seacoast to pull in a huge range of singers and instrumentalists, each of whom becomes another character in the album’s set of musical short stories.

Many of the songs are endowed with the type of sulking melancholy that characterizes much of the Seacoast’s modern folk scene. But Capecelatro inserts enough musical variety to keep the disc thoroughly engaging throughout all 16 of its tracks, balancing slower tunes with upbeat numbers and indie rock sounds.

The lyrical content also varies widely, with peaceful sentiments counterbalanced by morose and sometimes violent imagery. “You didn’t seem to bother / when I hit your father / I think you’d have to admit / that he deserved it,” Capecelatro sings in ‘So Fine’.

Contributing to the album’s strength is its instrumental diversity. Each song features a different lineup, with Capecelatro serving as the only constant. The full cast of musicians is too lengthy to list, but a few notable contributions come from Mara Flynn on vocals, Nate Groth on vibes, Juliet Nelson on cello, Nat Baldwin on bass and Gregg Porter on drums. Capecelatro’s former Unbunny band mate Jarid del Deo makes a guest appearance on guitar, and there’s even some eerie saw playing by Shon Mahoney on the closing track, ‘Say Goodnight’. 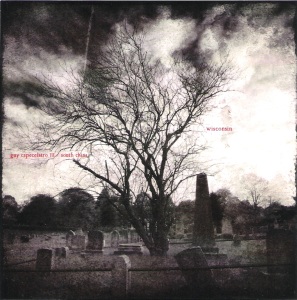 Wisconsin was based on the Micheal Lesy book Wisconsin Death Trip, an account of a particularly tragic time in a Wisconsin county in the late 1800’s. The songs are the exact newspaper reports put to melody then fleshed out by the wildly talented Jeremy and Jerusha Robinson. It was recorded in February of 2008 as part of Wire Magazine‘s Record Production Month Challenge. 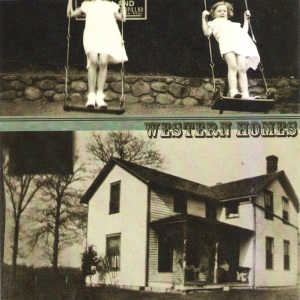