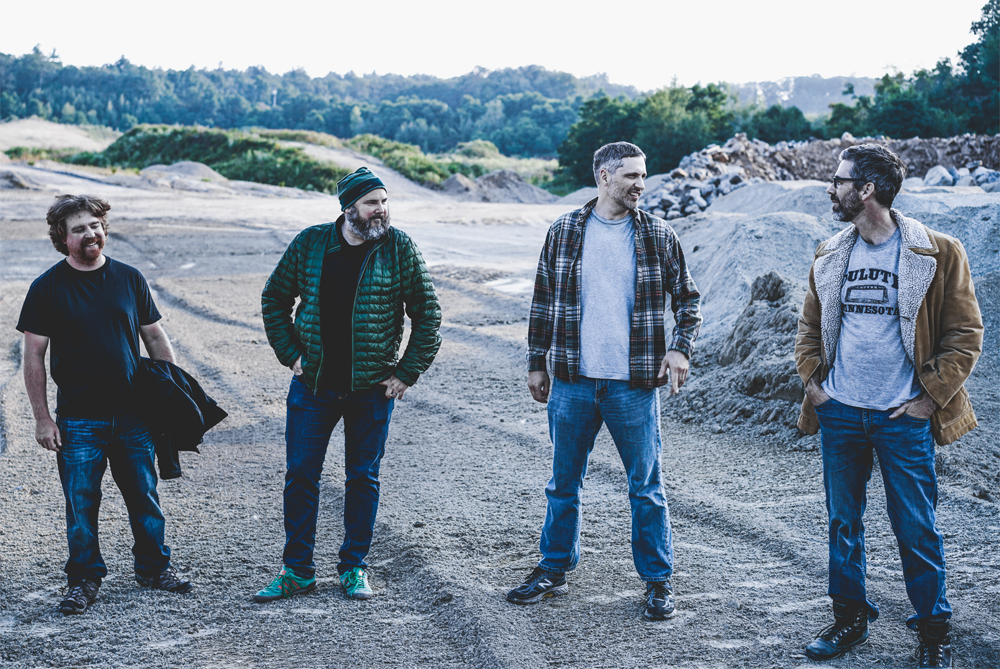 In 2016, the Eastern Sleds formed as a trio, defining their sound as northern oceanic mountain music. When they added the drumming/vocal harmony skills of Eric Ott, the songs of lead singer/guitarist Justin Carloni rose to a different level. With James Sophinos (bass/vocals) and Chris Reeves (multi-Instrumentalist/singer), the now four-piece Eastern Sleds began honing their craft through shows and recording in the seacoast of Maine and New Hampshire.

The songs… arrive upon a wave of epic melancholy, much like the music of The Cure but with an entirely different soundscape. Carloni is an unrequited dreamer, standing well apart from that sickly culture whose only rallying cry seems to be, “Celebritize me!” His lyrics are deeply personal yet the sense of shared longing felt by the listener becomes instantly realized as universal.

The Eastern Sleds camped out in Ott’s one-car garage studio every Sunday for over a year recording their debut album there’s no place left to go. Through Ott’s engineering vision, the album sonically layers clarinet, farfisa organs, bass, fiddle, guitars, vocal harmonies, banjo, mandolin, and percussion orchestration to create a soundscape of poignant yet rhythmically moving world-weary songs. “Sad and Lonely,” the album’s final track, and unreleased song “Outlook” will be included in the upcoming William Fichtner movie Cold Brook.