Dylan Metrano Dylan Metrano is a musician and papercutting artist. He is the author of the books All My Friends Are Right Here With Me: A Decade in the Indie Rock Underground, Monhegan Island Papercuttings, and Meet Me Where We Survive: Jason Molina Interviews, 1998-2002. He also is a co-founder of the Free Art Show, and edited the book Free Art: Take One. He illustrated the children’s book “Every Day Birds” by Amy Ludwig VanDerwater, and the poetry book Tangle of Bone by Rebecca Hennessy. He lives on Monhegan Island, Maine, and has played in several bands, including Tiger Saw, Hamlet Idiot, The Hotel Alexis, and Cape Snow.

All My Friends Are Right Here With Me book

All My Friends Are Right Here With Me is the story of the first decade of the indie-folk collective Tiger Saw. Based on a decade of tour diaries and dozens of interviews, it tells of a community of bands in the DIY, post-Nirvana era. It features first-person accounts of tours with Kimya Dawson, Castanets, Jason Anderson, Viking Moses, The Hotel Alexis, and more.

Part travelogue, part studio diary, and part oral history, All My Friends tells of an exciting time of collaboration, mutual inspiration, and perseverance in the ever-changing world of indie rock. It features detailed remembrances by members of Dirty Projectors, White Hinterland, Little Wings, Songs: Ohia, Tarentel, and many others. The book features concert fliers, tour photos, as well as comics and illustrations by Pat Corrigan, Tom Eaton, and Alan Bull. 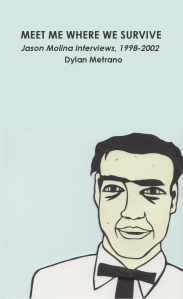 Jason Molina was a great, largely unsung, singer-songwriter from Ohio, who released a multitude of albums between 1996 and 2009. The music he made as Songs: Ohia, Magnolia Electric Co., and under his own name deeply connected to and influenced listeners throughout the world.
Meet Me Where We Survive is a collection of three interviews that Dylan Metrano did with Jason Molina between 1998 and 2002. The interviews are long out of print, and are collected here for the first time. This book is illustrated with Metrano’s original cut-paper portraits of Molina. 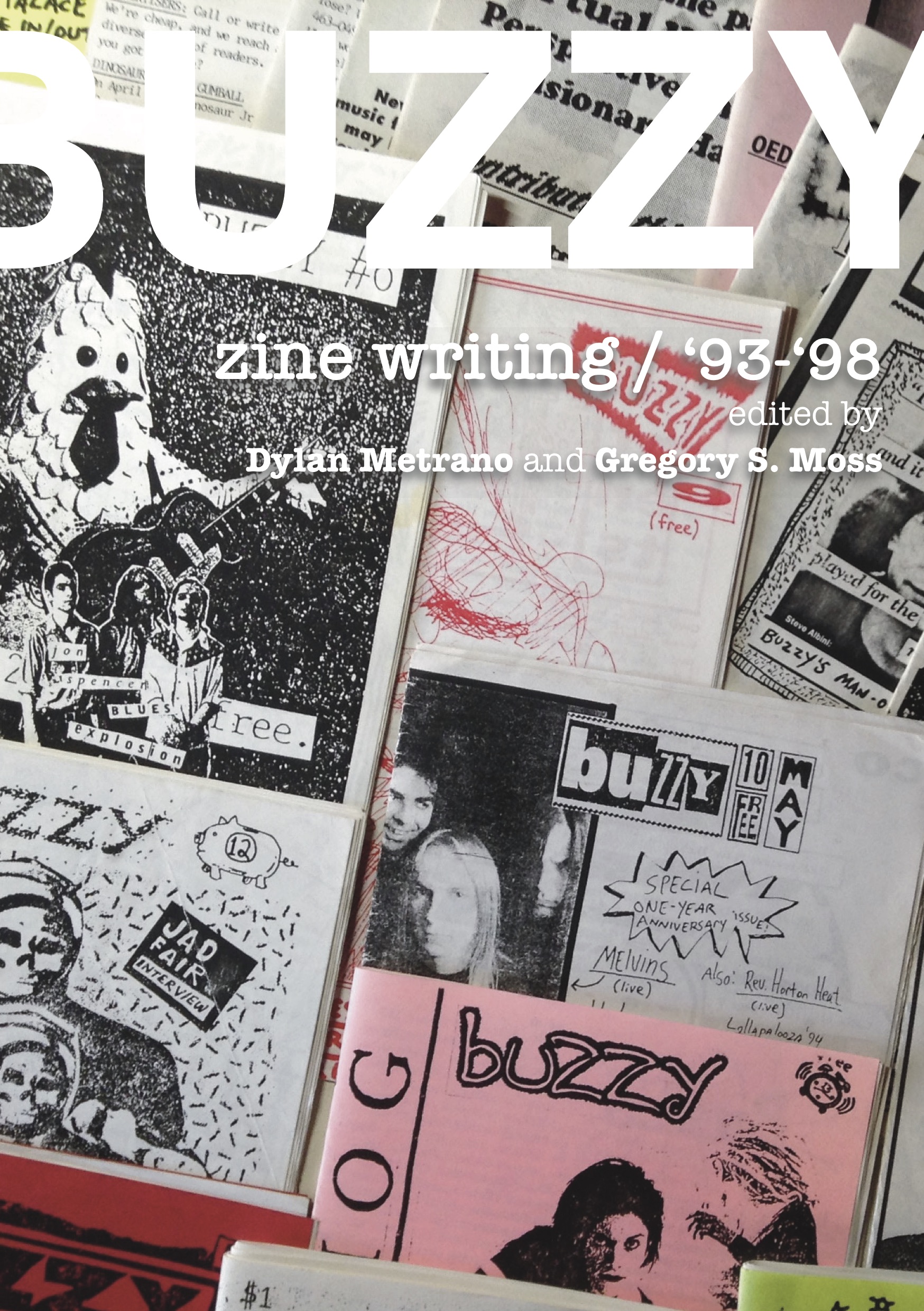 Buzzy was a photocopied zine, edited and published by Gregory S. Moss and Dylan Metrano between 1993 and 1998. It was notable for its punk rock DIY spirit, rambling freeform interviews, and post-gonzo journalism. The zines themselves were printed in extremely short runs and have been long out-of-print. This book compiles for the first time the best interviews and writing from Buzzy’s five-year run.

This book collects posters made for concerts, fundraisers, dances, and other events on Monhegan Island, Maine between 2010 and 2019. The artwork was created by papercutting artist Dylan Metrano. Metrano spent those years working seasonally on the island, and had a hand in producing many of these events. This collection offers a look at the unique cultural history of this tiny island, ten miles off the coast of Maine through the eyes of a distinctive artist.