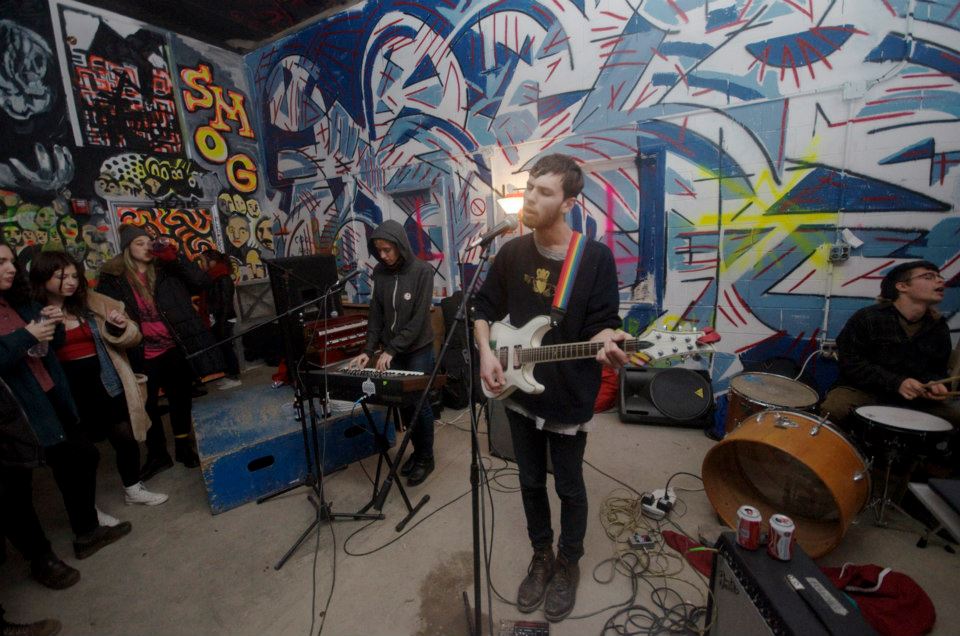 Bellows; silent shouts, the rush of air that stokes a fire, the rumbling of something underground.

Bellows is the musical project of songwriter Oliver Kalb, started during the winter of 2010, after a blizzard hit the Hudson Valley and left the area deeply covered in snow. Bellows was a return to small thoughts, an attempt to exorcise feelings of loss and detachment into a living space, allowing the songs to breathe their own air and evolve naturally. The sound of Bellows is sensory and delicate, subtle and quiet but erupting with frantic wobbling drums, large orchestral sections and bursts of noise that defy the limitations of pop and folk. Though the origins of Bellows are bleak, the music is meant to be an encouraging listening experience, an embrace of something dark in the hopes of bringing new light into life.
The first Bellows album, As If To Say I Hate Daylight, was a recording experiment, an attempt to fill out a sonic space with limited means — the album is recorded using one microphone, using natural and acoustic sounds that came out of the woodwork of floors in old houses in upstate New York. Much of the album’s sound came out of the natural reverb of the spaces the album was recorded in, filled out by swells of feedback and noise, as well as percussion made from found-objects, including desks, chairs and walls. As If To Say I Hate Daylight is an album about freezing to death and thawing the ice to be summoned back into existence—a recognition of the ugliness of being cold and detached, and an attempt to rekindle warmth in your life.

Bellows has since developed into a band. Oliver is now accompanied by three songwriters, each of whose distinct musical instincts have helped Bellows grow and change over the past two years. The band now features Gabrielle Smith of eskimeaux, Felix Walworth of Told Slant, and Henry Crawford of Small Wonder. Oliver, Gabby, Felix and Henry grew up together in New York City and are founding members of an art collective called The Epoch, a group of musicians and artists born in New York City and since dispersed throughout the country. 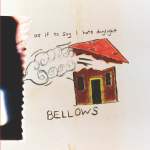 As If To Say I Hate Daylight CD